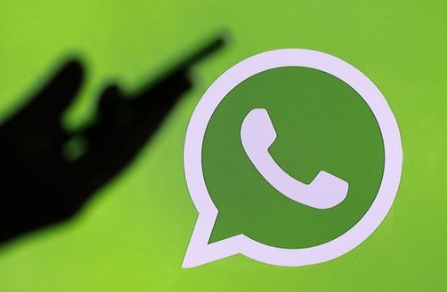 WhatsApp can be referred to as the most used instant messaging platform from the past decade into the new one. It was originally created by Jan Koum and Brian Acton in 2009. It was later acquired by Facebook in 2014, and since then Facebook has continued to improve on the quality, content, and features of the App, introducing new features to cater to the communication crave of most young people. Introducing features like Video and Voice Calls, Status Update, and ensuring security through end-to-end encryption. WhatsApp currently doesn’t seem like it’s about to lose out to any other messaging app, also putting into consideration that most popular social apps are owned by Facebook, it’s almost like they have autonomy.

Sometimes, it may be impossible to prevent your mobile number from slipping into the wrong hands, or you may want to prevent someone from being able to reach you on your WhatsApp messenger. The truth is, as long a person has your mobile number, the only way to completely prevent them from contacting you on the platform is by blocking them. To know what happens when you block someone on WhatsApp, continue to read.

They Can’t Message You

Under normal provisions, when someone sends you a WhatsApp message, it shows a single grey tick, and when you receive it, it shows a double line tick, and when you eventually read it, it turns blue. However, if you block someone on WhatsApp, you simply won’t receive any message they send, and on their chat, the message would simply have one grey line tick. Not only would you not receive the messages they send, you also wouldn’t be allowed to send them messages until you unblock them. Also note that you can’t retrieve a message sent by a blocked contact. If you and your blocked contact are participants in a particular group, you would still see their messages on the group chat and they would see yours.

SEE ALSO >>> How To Hide Steam Games From Friends

They Won’t See Your Updates

When you block someone on WhatsApp, they are completely prevented from viewing your “Last seen” and they wouldn’t also see when you’re online, hence they wouldn’t be able to tell whether or not you’re online. They would also not be able to see your profile photo, instead, they would only see the default WhatsApp profile photo. Also, your status updates would also automatically not appear on their WhatsApp status list. But this goes both ways because you also wouldn’t be able to see their status updates, or their last seen or know if they are online or offline. However, you can see their profile photo except they also blocked you.

They Can’t Reach You Via Calls

Once you’ve blocked someone, they are automatically prevented from reaching you via voice or video calls on the app, although whenever they dial your contact, the call would appear to be ringing at their end of the call, while you simply won’t be notified of the call, it wouldn’t also appear as a missed call. It would be nonexistent on your call log. Also, you wouldn’t be able to call them via voice or video channels on the app until you unblock them. Hence, blocking them doesn’t just prevent them from contacting you, it also prevents you from contacting them while they are still blocked.

These outcomes are not unique to being blocked, especially for those who may want to use them to judge whether or not they’ve been blocked on WhatsApp messenger. These outcomes could also be as a result of one being offline for a long period of time. WhatsApp generally keeps confirmation of being blocked ambiguous to protect the privacy of their users. However, if you think that these outcomes are extreme to what you want to achieve, you can simply mute the contact, instead of blocking them, at least this way, you can reach them and they can also reach you, in a less disturbing manner.

How To Know If Someone Blocked You On WhatsApp

If you’re currently investigating if someone has blocked you on WhatsApp messenger, the above outcomes are quite general. You can narrow them by observing the following outcomes and taking these steps.

RECOMMENDED >>> How To Deactivate Saavn Pro