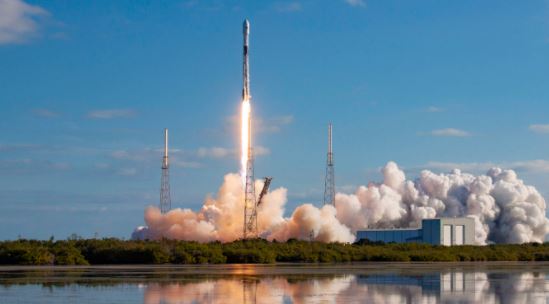 SpaceX successfully launched another 60 Starlink internet satellites today making it 1,145 altogether, with few left to its initial goal of 1,440. However, Falcon 9’s first stage booster failed to land on the drone ship, rather, it fell into the ocean instead. “It is unfortunate that we did not recover this booster but our second stage is still on a nominal trajectory,” said SpaceX engineer Jessica Anderson.

SpaceX is yet to explain what happened to the booster, but it appeared to have an issue near the end of its landing burn. It had already flown two ISS resupply missions, launched a US spy satellite, Argentina’s Earth-observing satellite, and a Starlink mission.

Regardless, of its failure, SpaceX may launch another 60 Starlink satellites this Wednesday. Elon Musk said that around 500-800 satellites would need to be in orbit before its internet service could roll out. While the initial goal was around 1,440 satellites, SpaceX eventually plans to launch 12,000 in total.

Public beta tests for Starlink internet began in late 2020 for people in the US, Canada, and the UK, with more than 10,000 customers already using the service in the span of three months, according to a SpaceX FCC filing.