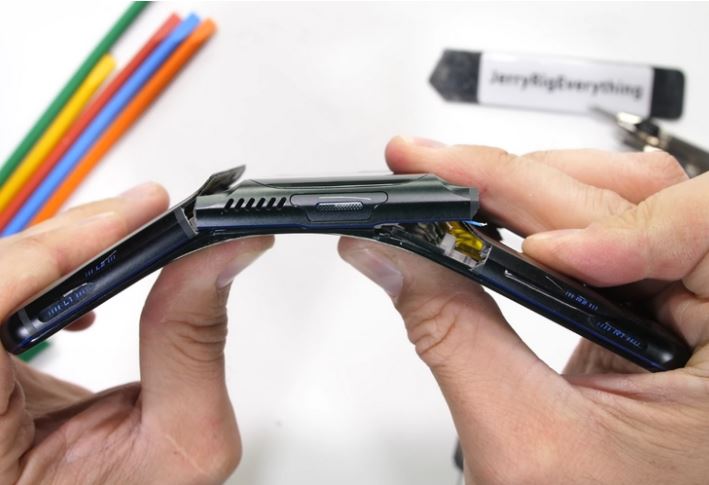 Lenovo’s launched its Legion Phone Duel 2 yesterday in Europe and China. The device boasts some impressive specifications, including a twin turbo fan cooling system, a 144Hz display, Snapdragon 888 5G chipset, and up to 18GB of RAM, to name a few. All these didn’t matter when Zack from YouTube channel JerryRigEverything tested the durability of the phone, the Legion Phone Duel 2 failed woefully and snapped into three pieces.

“Turns out there is a weaker gaming phone than the ROG Phone 5. The Legion Phone Duel 2, with its two speakers, two fans, and two batteries, is now most definitely in two pieces,” said Zack immediately the device broke down . You can check out the video below to see how the device fails the durability test without even applying too much pressure to it.

According to Zack, the Legion Phone Duel 2 failed the durability test due to the positioning of the antenna lines. “If those antenna lines were positioned differently or reinforced internally, this might have gone differently,” he mentioned.

Still, the front remained unharmed throughout the course of the video. Seeing this video might just your mind on getting a Legion Phone Dual 2 for yourself unless you’re a big fan of it. But you can also check out Lenovo Legion 2 Pro.