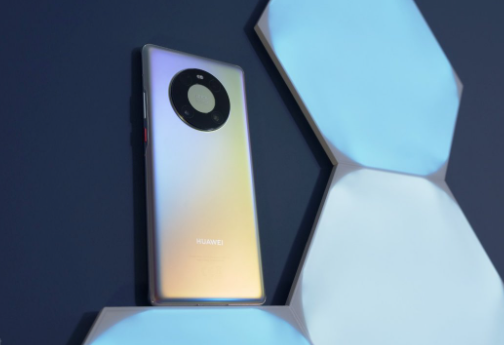 The Smartphone has four camera lenses at the back which are placed inside a black circle. The rear camera consists of a 50MP (wide) omnidirectional, 12MP (periscope telephoto) optical zoom, 20MP (ultrawide). The front camera has a 13MP (wide) and TOF 3D (biometrics sensor) camera. The Mate 40 Pro has an IP68 rating for dust and water resistance.

The Huawei Mate 40 Pro comes in a black cardboard box with gold lettering and a red Leica dot on the front. The box contains a powerful 66W adapter with a cable, a silicone protective case. It also contains a pair of earbuds and a USB-C connector.