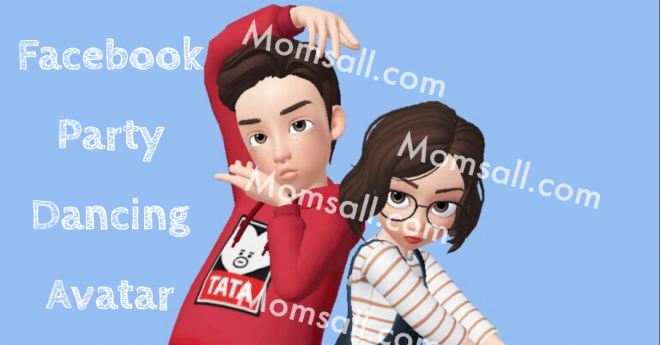 As established in the introductory section of this article, the Facebook Party Dancing Avatar is a video having a dancing posture and not an image. I trust that is clear to you at this point. You may just have not come to the realization that you can create a dancing avatar but honestly, you can create it.

It is possible that some persons haven’t heard about the Facebook avatar as a new feature on Facebook. Not to worry, you will learn about it shortly. Although, the avatar feature hasn’t been launched in all countries but countries where it has been launched, Facebook users can create their own avatars. Only but a few countries have this feature at the moment. If it’s not in your country, be patient because Facebook is making plans to launch it in other countries.

For the purpose of creating a dancing avatar on Facebook, we are going to be considering Zepeto. Zepeto is a social media that is accessible freely and can be used to create a visual avatar of someone. Using Zepeto, you can customize an avatar of yourself. The avatar will look a lot like you. Zepeto helps you create avatars in different postures and dancing is one of them. You have diverse dance moves to choose from when creating your avatar on Zepeto

The Zepeto app is compatible with Android and iOS devices. To download it, kindly follow the simple guide below:

After downloading the Zepeto app, you now have to create an account by following the on-screen prompts. To activate your account, you would be required to verify it using your email address or mobile number. At this point, you can now customize your very own avatar just the way you like it. Once you are done, you can select a dancing pose for your avatar.

RECOMMENDED >>> How to Delete a Group From Facebook Messenger