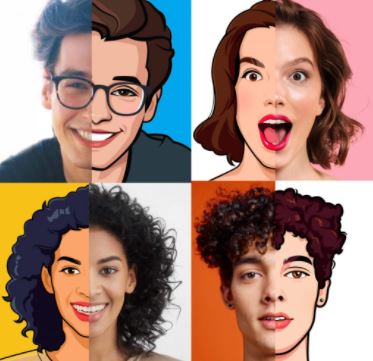 Facebook (FB) Avatar Maker 2021 – FB avatar is a feature that was introduced to us in 2020. Ever since the release of this feature, the company has been thrilled with the way its users rush t use it. Now you can create cartoon characters that look exactly like you, isn’t that fun. Some people are not even aware of the fact that this particular feature is right on the Facebook mobile app.

Facebook avatars are cartoonlike characters that can be created by Facebook users for the purpose of sharing ideas and communicating emotions of different sorts. These avatars can be created using the Facebook Avatar Maker. Since FB avatar was launched, it is now common to see these avatars everywhere on Facebook.

With this feature being very similar to Snapchat’s Bitmoji and Apple’s Memoji, Facebook has entered the race of becoming the social media with cartoon characters. On social media platforms, Facebook inclusive, the use of stickers, emoji, and GIFs have become very much in use. After customizing your avatar, you can upload it as your profile picture, send them during a conversation, or use them to comment on someone’s post.