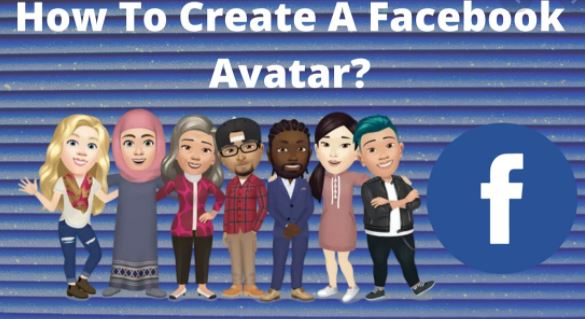 Facebook Avatar 2021 – I’m quite sure we all would like to try out something new because the year is still fresh and filled with opportunities. I have something you should try out, and trust me it’s worth it. For people who aren’t aware of what this feature is, it’s the Facebook avatar feature and it’s available for all users.

Avatar on Facebook has been around for quite some time now, it has drawn many users closer to Facebook. What this app is all about is creating cartoon characters of yourself and anyone you choose. It’s a general feature that any Facebook user can access easily from any part of the world they are.

The Facebook avatar is a feature that allows you to create cartoon or anime images of yourself or a picture. Normally, we are used to using different apps for cartoon images that look like cartoons, it literally just converts them from one form to another. Facebook has decided to give us something similar but also better.

Like Snapchat and Apple, which have Bitmoji and Memoji, Facebook has made it even more fun for its users, By that I mean, they get to create these cartoon by themselves. Its something very fun to do, you can just sit and start features of a human being till you’re satisfied with the outcome. Everything you’ll need to create your avatar is available for you in this feature.

How The Avatar Feature Works

Like most people say, the avatar feature is an app that is responsible for creating each and every avatar you come across. Well, that’s true because the app we’re talking about here is the Facebook app and the avatar feature is right inside it. Like I said earlier, everything you need is available for you already, like the face shape, head, eyes, nose, mouth, ears, and so on. You just have to create and have fun while using it.

How To Create Your Own Avatar Cartoon

It’s not as hard as you think, just follow the step available below to start creating: