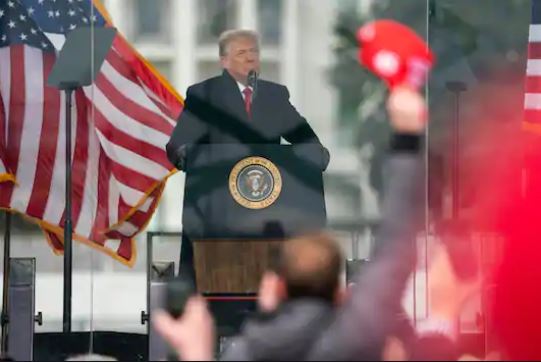 After Trump’s impeachment, major social platforms prevented extremist supporters from planning further violent protests. Trump was ban from most of them but that didn’t stop him because he is reportedly working on another way to make his voice heard.

Jason Miller, the senior advisor of former US President Donald Trump, has told SkyNews Australia that it’s likely that Trump will create his own social media platform.

Few days into 2021, Facebook and Instagram banned Trump for violating its policies. Snapchat also removed Trump’s account and Trump is permanently banned from Twitter. We can say a lot of his supporters have begun to backslide because he’s not active.

Neither Miller nor Trump have specified what “Trump’s own social media platform” would entail.

Are You Willen To Join Trump’s Social Media Platform?

If these apps really exist, we hope it’s not a venue for people to incite or organize violent behavior. They could be setting up a blog for Trump to freely post his musings. Or perhaps a place for people to discuss Trump’s politics.