Breastfeeding is the act of feeding babies with natural milk from a woman’s breast. It can otherwise be known as “Nursing”. Firstly, who is a Nurse? She is the woman (mother) of the child or baby who engages in Breastfeeding. Not because she wants to, but because she has to. One of the major problems in this case is how long the process should take. 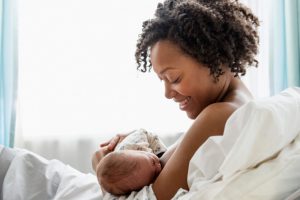 The World Health Organization (WHO) which is responsible for dictating health standards have said that nursing should be done strictly for the first six months after child birth. Once this has been adhered to, then the child can be given other supplement (Drinks and Food). It doesn’t mean Breastfeeding will come to a stop. It is advisable it continues for a year or two before stopping. The truth is, it is easily said than done. This is because nursing is stressful and global statistic have shown that only less than 39% practice this accord to WHO’s standards. Babies suck for 10 minutes or more any time they are been fed and they can request for it in a space of 2 hours every day.

Nursing has quite a number of merits both for the mother and the baby. Health wise, it is advisable that mothers don’t deny themselves and their babies this. We are going to be taking you through the several advantages for both mother and child. First, let’s look at the advantages for mothers. There are stated below:

Below are the advantages for babies:

Breast Milk and how it is formed

At the early stages of pregnancy a lot of changes occur in the body of a woman. Breast milk formation doesn’t come as a result of doing anything. It is natural and has been since the beginning of time. The truth is, so many grown up who have tried tasting breast milk have detested it because of how it tastes. So it will be crazy to try it out as a normal milk. Now, how is breast milk formed?

Naturally the breast is a gland in the human body which consists majorly of fatty tissues. These Fatty tissue guards the portion of the breast which produces milk. The milk moves to the nipples (lactation) after it has been produced in minute cell clusters (Alveoli). Having a small breast really has nothing to do with breastfeeding as long as you are a woman. Pregnancy increases the size of the female’s breast and facilitates the producing of milk for Breastfeeding.

Breast milk is composed of sugar, protein, water and fat in a balanced proportion which aids in the growth and development of a child. These nutrients actually come from the mother and this is the reason we advise mothers to eat healthier during pregnancy and in the breastfeeding stage.

Foremilk is a watery breast milk sample which is produced at the earlier duration a woman just gave birth (The first and second day). It contains less fat but is rich in vitamins and protein. From the third day, a more mature milk sample is produced which contains more fat and is creamy in appearance.

It is important to note that breast milk can be stored in a feeding bottle for your kids just in case you as a mother doesn’t meet up schedule or may not be able to nurse publicly. It isn’t a bad idea at all.

We are Moms’ All and desire to build love in every home. Thanks for visiting. Kindly share and subscribe. We are open to questions, comments and contributions.