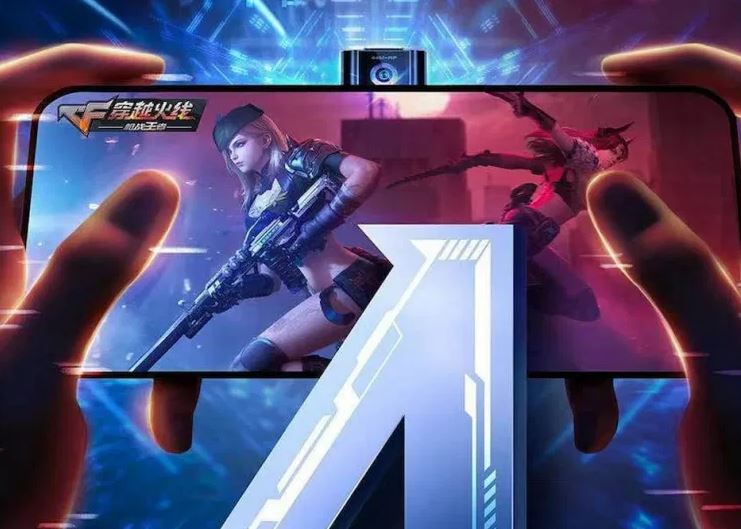 We don’t now where video game is taking us to but we know it’s going to be legit. Gaming companies are beginning to invent more ways for users to play games conveniently. Lenovo, the tech giant, decided to make an entrance into the gaming smartphone market last year.

It launched its very first gaming-centric Legion smartphone earlier in 2020. But they didn’t stop there, the company is preparing to roll out its successor, the Lenovo Legion 2 Pro, on 8th April in China. We were opportune to get the live images of this gaming smartphone before the actual release date. You can check it below.

The live images were shared  on China’s Weibo and it looks really amazing. Here is some more for you.

If you look closely you’ll see the Lenovo Legion 2 Pro looks like a smartphone from the front. However, the back of this device actually has a module smack dab in the middle. It is a little bit higher than the other two halves.

This module contains the camera sensors, a cooling fan that is visible from the outside, and the Legion logo with RGB lighting. It also comes with a cooling vent at the edge of the module that is designed as a part of the dual-fan cooling system in the smartphone. This is the big one for the tech giant because the Lenovo Legion 2 Pro will be the world’s first gaming smartphone to feature a dual-fan turbo cooling system.

The fun doesn’t end there, this module carries a side-mounted 44MP pop-up selfie camera. The live images also show the 6.91-inch Full HD+ AMOLED display. The display will come with a 144Hz refresh rate and a 720Hz multi-finger touch sampling rate with a touch response delay of 3.8ms. This is over 50% faster than the 8.3ms multi-finger touch sampling rate of the latest Black Shark 4.

For the internals, Legion 2 Pro will be powered by the flagship Snapdragon 888 5G CPU. There is no information on the RAM and storage variants of the device. However, as per a recent AnTuTu leak, you will find up to 16GB of LPDDR5 RAM and up to 512GB of UFS 3.1 internal storage. The Legion 2 Pro will also come with a massive 5,500mAh battery with support for 90W fast-charging.