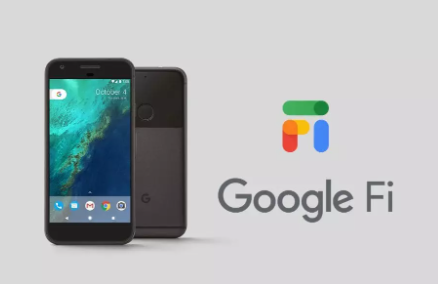 Google Fi was initially known as Project Fi, and it is partnering with T-Mobile, U.S. Cellular, and Sprint. With it, you can be able to switch your phone from a network to another based on your location. When Google Fi was first launched, it was made available for only people making use of Nexus 6. But now, it is not only available for android users but also iPhone users. The main aim of this app is to provide users with the best cellular and data coverage where ever you go around the world.

Everything You Need To Know About Google Fi

If you are the type that likes traveling all the time, you can easily switch your phone to Google Fi in order to lower your phone bill without the need of sacrificing phone service abroad. This is to say that, you will get improved network coverage when you use this Google Fi.

As at April 2021, Google Fi provides its users with three different kinds of plans, here are the plans:

You should have it in mind that, the plan charges you for the data you use and once you have used up a certain amount of data, it will be free for the rest of the month. The data in the flexible plan is slowed after 15GB while the ones in simply unlimited and unlimited plus plans are slowed after 22GB.

When you get the Unlimited Plus plan, you will be given a free Google One membership that will reward you with 100GB of cloud storage. This is for each member that is on the plan.

If you happen to be a pay-by-gig data user, the perfect aspect of Google Fi for you should be the “fair and flexible” pricing structure. With this, will be able to easily track your bill be it online and through the Google Fi app in order not to be surprised at the end of the month.

The Google Fi begins at the rate of $20 for unlimited calls and texts for a person, plus taxes and fees. You are allowed to have up to six members on your plan.

The data for this Google Fi is $10 per gigabyte. And so, if you make use of less than 1GB, then you will have to pay less than $10 and this is due to the fact that the service rounds to the nearest 0.01GB.

One interesting thing you need to know about this flexible plan is that it offers a bill protection feature, this feature makes it possible for the service to operate more like an unlimited plan. By this bill protection, it means that you will not pay for any data you use after you make use of 6GB of data.

If you already have a phone number from a different carrier service that you want to use, then you have to first switch carrier and port your phone number.

One thing you need to know is that, Google Fi needs a special SIM card. And so, it’s either you buy a new phone with this SIM card when you sign up or Google will ship a new SIM card for you to insert in your phone and activate.

If you are making use of a Google pixel phone, then you can count yourself lucky as it already has an integrated eSim that works with Fi. After you have signed up for Fi and set it up, you can then start using your phone normally.

This Google Fi works in over 200 countries, with free text but voice calls cost $0.20 per minute. With this service, users will be able to keep in touch with free text and also have access to high speed data once they are out of the country.