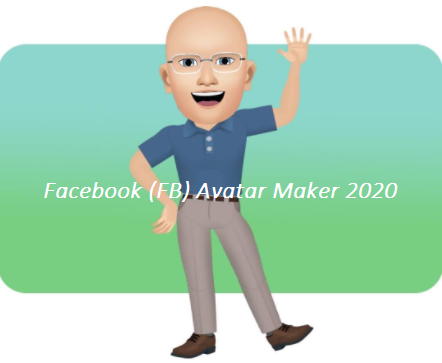 “Facebook (FB) Avatar Maker 2020”. In this year 2020, avatars have been the most talked-about feature on the Facebook platform. To create your very own avatar on Facebook, you will need to access the Facebook avatar maker or creator on your FB mobile app. These avatars are similar to Apple Memoji and Snapchat Bitmoji. Avatars on Facebook are presently the most advanced expressive figures on the Facebook social media platform.

Facebook avatars are cartoonish images or characters developed to help users of the FB platform communicate more effectively as it helps them express ideas and emotions without them having to send text across to their recipients. It’s a difficult thing to express our feelings through text but with the introduction of icons like the Facebook avatar, you can always let someone know how you actually feel. Using the Facebook avatar maker, you can customize your avatar to look so much like you. After that, you can make use of it as your profile picture.

On Facebook, the use of Emoji, Stickers, and GIFs, is very common. People make use of them every second, and every minute. They are used for also expressing emotions and ideas. These icons are commonly used in areas where texts can also be used. You will find them in comments, and chats. Now, if these default features are used in the same way, one may ask, what is different about Facebook avatar?

Below are the factors that make Facebook Avatars different from Emoji, Stickers, and GIFs:

On the latest version of the Facebook app, there is a section called the “Avatar Creator”. Although, lots of persons have referred to it as an app but the fact still remains that the feature can only be found on your Facebook Android or iOS mobile app.

You won’t find a Facebook Avatar Creator App on any App Store whatsoever. To access the FB avatar maker, all you need to do is, install the Facebook app on your mobile device.

For you to create your own avatar on Facebook, do the following: