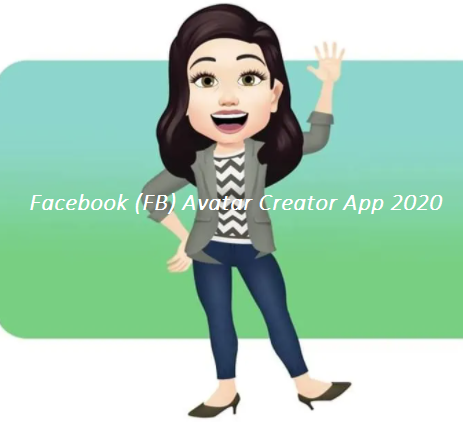 “Facebook (FB) Avatar Creator App 2020” – At this point, you must have come across people sharing some sort of cartoon images on Facebook. If you don’t know, these characters are called “Facebook Avatars”. If you already know the name, the next question on your mind may just be, how do people come about these avatars on Facebook? These avatars are customized with the aid of the Facebook avatar creator app which is a feature found on the updated version of the Facebook app.

If you have come across Snapchat Bitmoji or Apple Memoji, you will see them as features similar to avatars on Facebook. Creating your Facebook avatar isn’t difficult, you just need to know how you can access the Facebook avatar maker first before you can start customizing your avatar.

Facebook avatars are cartoon icons that were created to help FB users customize their own stickers which they can use to express emotions and ideas. With the tools in the avatar creator, you have the opportunity of creating your very own Facebook after to look just like you and after that, you can make use of it as your profile picture.

Before the Facebook avatar feature was introduced on Facebook, default expressive icons like Stickers, Emoji, and GIFs were already in use. Looking at these, one may wonder why Facebook as a social media giant still decided to introduce avatars which can also be used in comments and texts just like stickers, emoji, and GIFS. Although Facebook may be in competition with Snapchat and Apple at the moment but the fact still remains that the social media giant (Facebook) is interested in helping its users have a great experience on its platform.

Here are some reasons that make FB avatars stand out from other expressive icons and characters:

To create your Facebook avatar in 2 minutes, do the following: