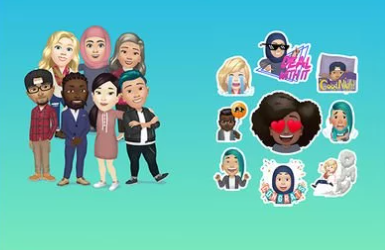 Facebook Avatar Availability – Facebook Avatar is a feature on the Facebook social media service that users can create and use to express their deepest emotions and ideas just like they make use of Emoji, GIFs, and Stickers. This is a very unique feature since you get to customize your avatar to look just like you or just the way you want. Avatars on Facebook were first introduced in 2019 but became a trend after it was launched in Facebook’s second-largest market (The USA) in 2020. Since then, Facebook has launched it in other parts of the world, like; India, Brazil, Africa, and Europe.

Avatars on Facebook are cartoon personas or characters developed by Facebook to help its users communicate even more effectively. It’s amazing how Facebook makes it possible for you to have an animation of yourself without needing an external software or app. All you need is the updated version of the official Facebook mobile app. This new version comes with the Facebook Avatar Creator which is a section of your app that helps you customize a perfect avatar of yourself in just a few minutes.

The social media giant has done well in making sure that this feature gets to some countries and continents. Even with all these, there are still some parts of the world where Facebook Avatars haven’t been launched yet. So, if you have updated your FB mobile app to make sure you have the avatar creator but still can’t find it, it is possible it hasn’t been launched in your country yet. I advise you to stay patient because you can trust Facebook to make sure no country misses out on this very feature.

If you have the Facebook Avatar Creator or Maker in your country, it is time for you to join the trend. Now you can create your avatar and share it across Facebook, your other social media platforms, and Instant messaging app. In the avatar maker section, you would be introduced to a wide variety of attributes which you can select from to make sure your avatar has the perfect look you desire. These attributes include; body shape, face shape, nose type, ear type, accessories, hairstyle, skin tone, and many more.

So, if you still don’t have Facebook avatar in your country, you just have to be expectant because, in no time, Facebook would bring it to you.