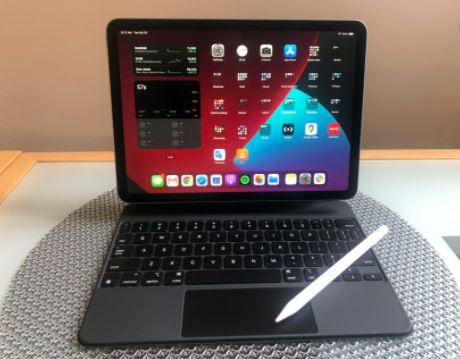 The newly invented iPad Air totally beats the iPad Pro thanks to its newly added feature and more affordable prices. Currently, the Air is even cheaper than we expected on Amazon. The WiFi, 64GB sky blue model has reduced to $559, which is the lowest we’ve seen it go since the release.

The iPad Pro and iPad Air are very much alike but the Air starts off $200 cheaper than the Pro. The Air came with the same design language as the Pro, and it has a 10.9-inch Liquid Retina display. The Air uses Touch ID rather than Face ID for log-in and security purposes and has a USB-C port for charging.

Apple launched its new A14 Bionic chip on the Air because the tablet was unveiled before the iPhone 12 lineup came out. This chipset gives the Air speedy performance that’s good enough to make the Air a viable laptop-replacement device if you’re willing to invest in complementary accessories. It also comes with WiFi 6, which is 60% faster LTE on cellular models and support for the second-generation Apple Pencil.

At the end of the day, it was given a score of 90. Many people still feel $599 is still a lot to pay for a tablet, but it can be purchase faster than the iPad Pro’s $799 starting price and you can get it during a sale like this one.