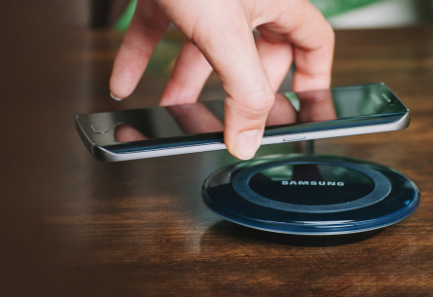 What Is Wireless Charging?

Wireless charging is a type of wireless power transfer through inductive charging. Devices that are enabled for wireless charging have a receiver coil and the charging pad has a transmitter coil both creating an electromagnetic field and transmit direct current in the process.

The standard charging capacity for wireless charging is 5W, however with the current speed the world is moving in, no one wants to sit waiting for hours before their battery charges full, hence 5W is really slow.

A lot of android manufacturers have now adjusted this standard using their proprietary rights to enable charging speed up to 30W as is the case of the OnePlus. OnePlus only enabled one of its devices for wireless charging, the OnePlus8 Pro, and gave it the full dose of this experience. This is the fastest wireless charging speed so far. Although there are two disadvantages of this feature. One is how noisy the charger gets because of the inbuilt fans to help vent heat. The second is how you can’t afford to lose or break your charger because any other supplementary wireless charger would charge at 5W. Some Samsung devices like the Galaxy Note 10 and S10 support charge as fast as 12W and the Note10 Plus goes up to 15W.

Just in case wireless charging is top of your priority for features to look out for while getting a new android device in 2021, these are your available options.

What are the Downsides to Wireless Charging?

Most Android manufacturers still use the 5W charging standard even though few others have better capacity. You also have to ensure that your device sits properly on the pad to create the alignment needed. The most inconveniencing fact is that once the phone is charging, taking it off the charging pad would stop it from charging. This however is a great way to learn to patiently let your phone charge, even though a lot of people wouldn’t like it.

RECOMMENDED >>> How Does “Night Mode” Work on Smartphone Cameras